20*30 oil on stretched canvas March 2015
*I stretched the canvas over the wood frame at home and it took me 10 minutes the most.*
I wanted to paint something  without a lesson session. I found myself searching throughout google for a nice picture and having trouble choosing the one. I looked at national geographic sites – no luck. Finally this picture just popped out of nowhere at google images when i searched for “seafront house Greece” as i wanted something Mediterranean. My sister helped me name the painting;) 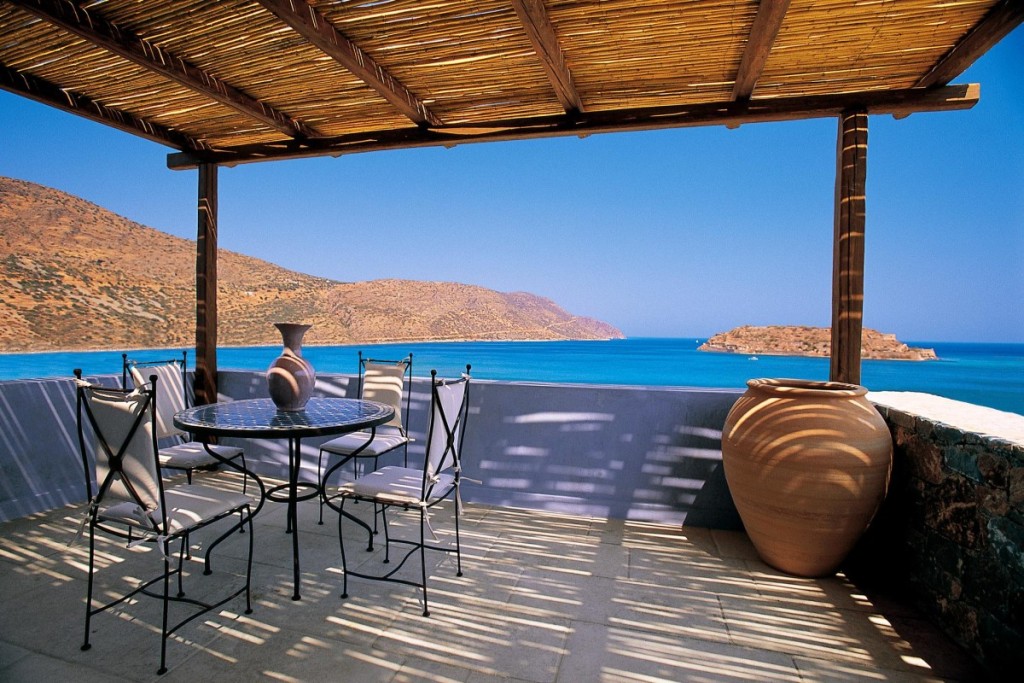 If i had known beforehand the difficulty level i was choosing i would have found another picture! As it turned out I have problems with architectural geometrical forms, straight lines and strict rules

I began with a simple sketch : 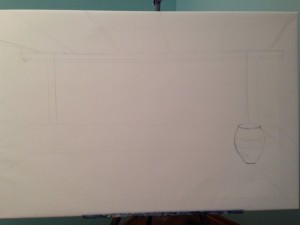 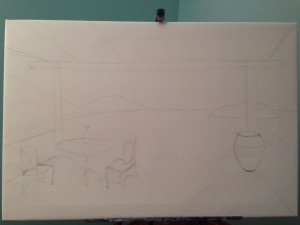 Those chairs were hard to recreate! Had to redo them several times. The end result still is far from being perfect:) I figured that would be my personal creative touch 😉 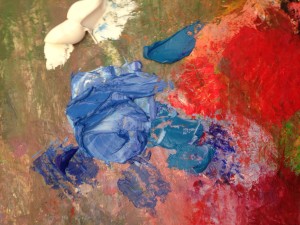 This time decided to try just the regular oil painting to see if I could do without the watermixable ones. Mixed some simple colors of the sea and sky (white, blue, ultramarine blue) and added some red to get the purple color: 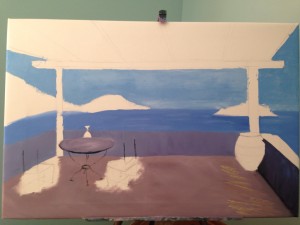 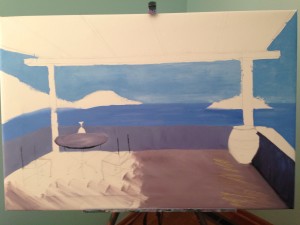 Continued with the furniture and the floor. With the floor i decided to do an underpainting of purple and then add some light lines to show the sun light falling through the roof. I did the lines with pretty thick strokes of palette knife. The colors were yellow, white, burnt sienna, raw sienna, some red, which i used for the mountains on the back: 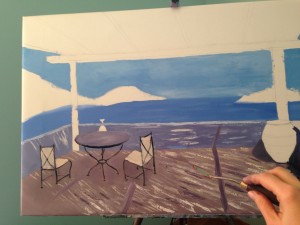 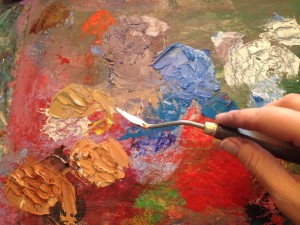 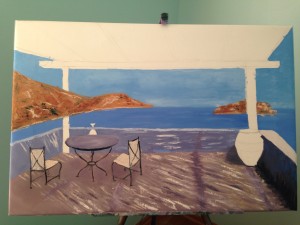 The next step was the roof. I used the same combination of colors but played with the shades. Underpainting was done with the brush, while the lines creating the straw like effect were mostly done with the palette knife: 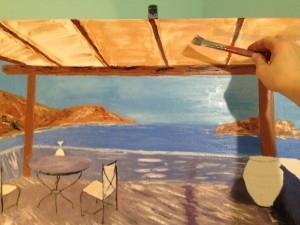 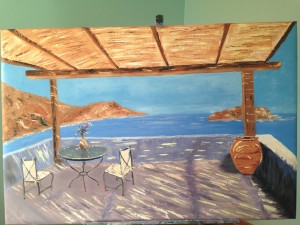 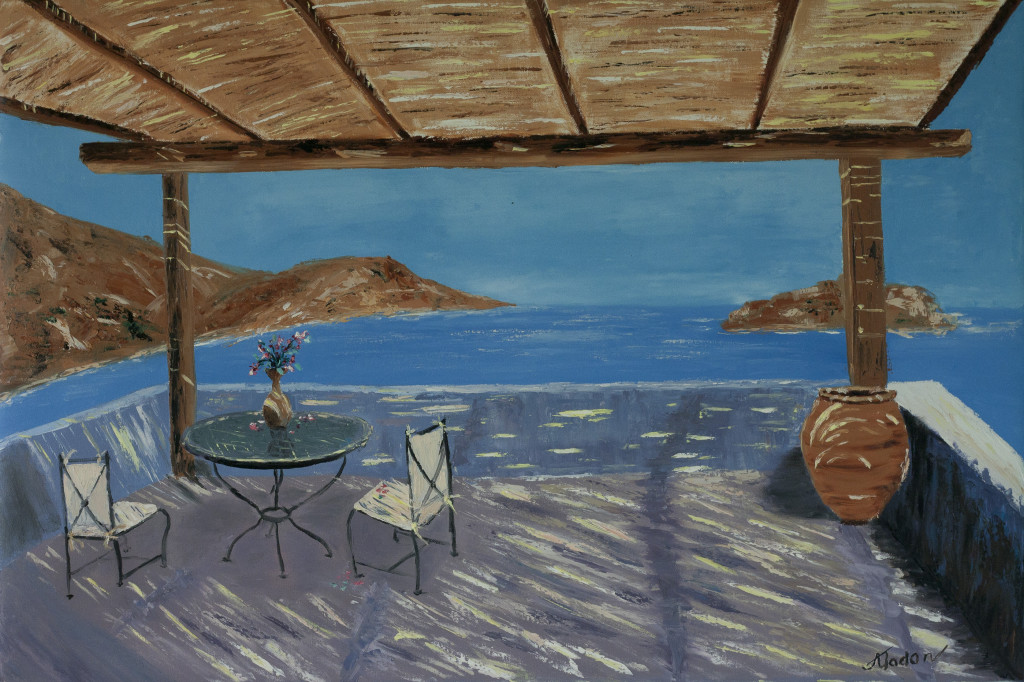 I tried to copy every detail form the original picture. When the painting was almost done i felt like it was missing something…I ended up adding a little touch, which i think created a some charm. The painting got  flowers in the vase on the table:) 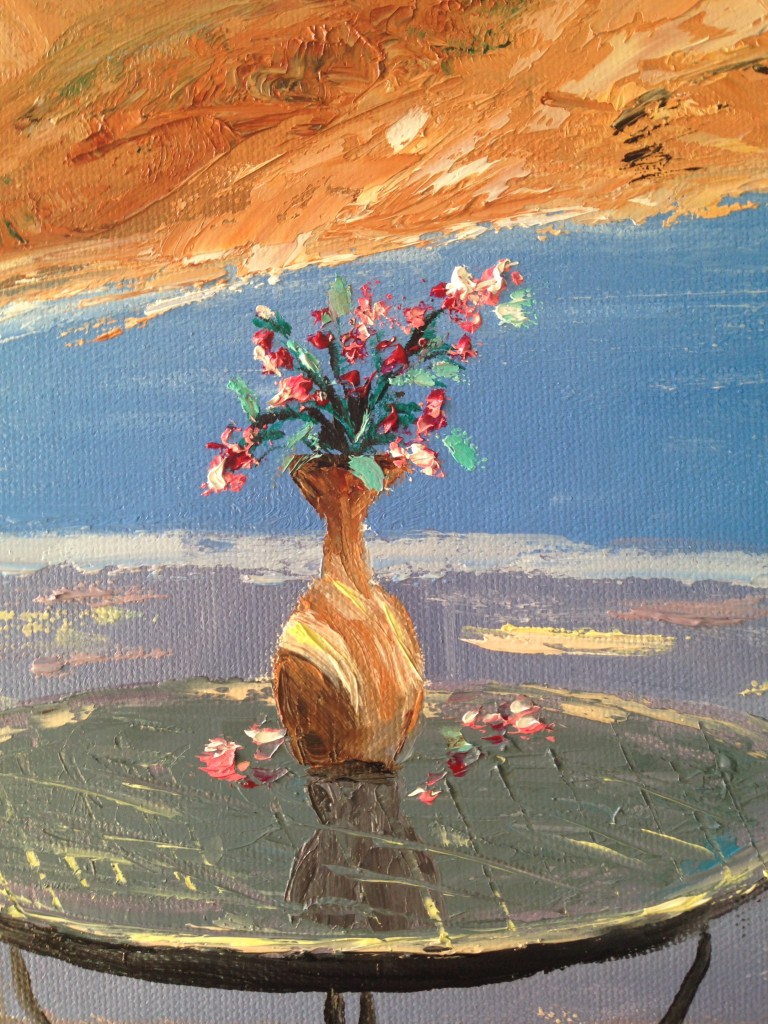 Here are some details of the final painting: 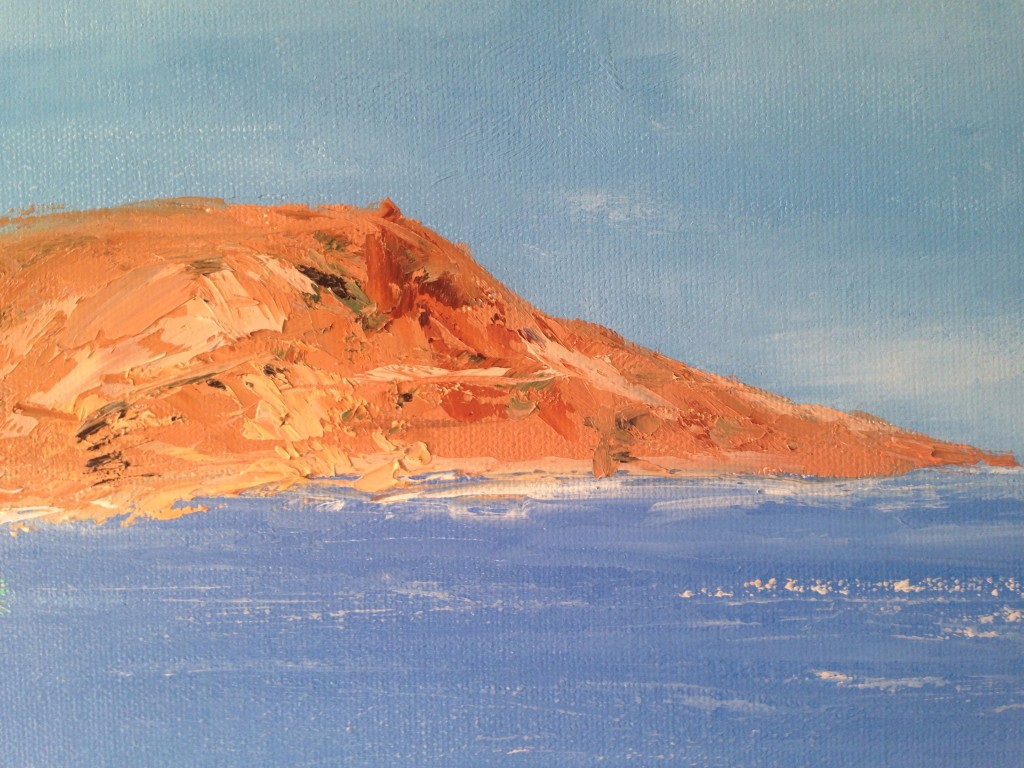 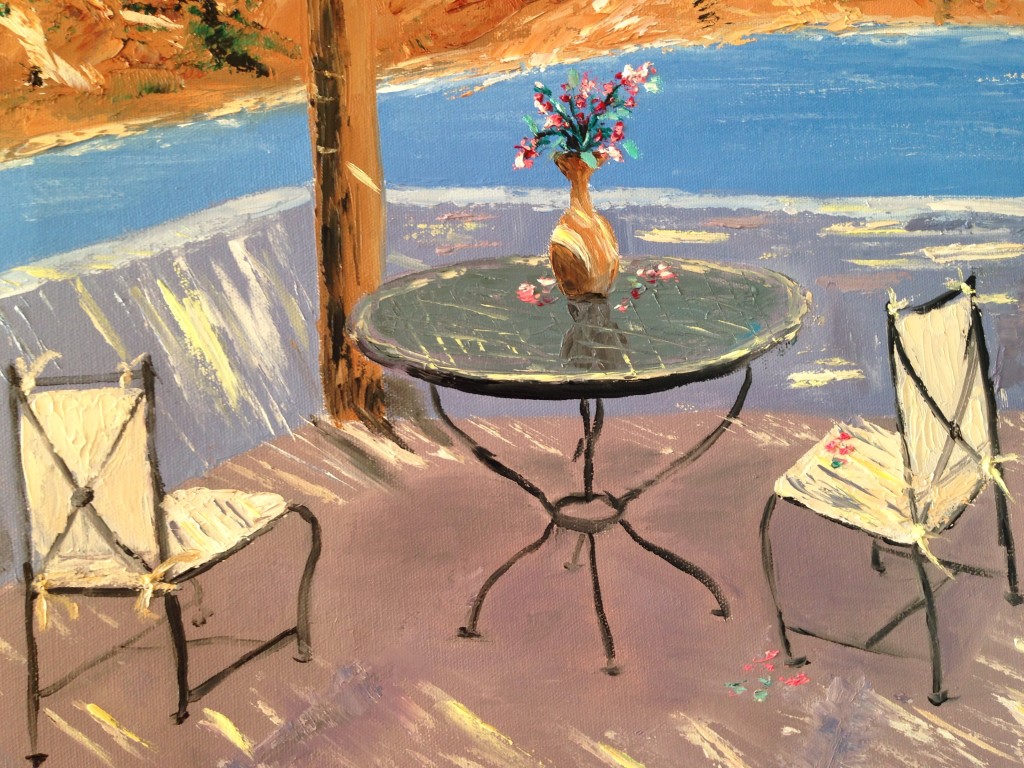 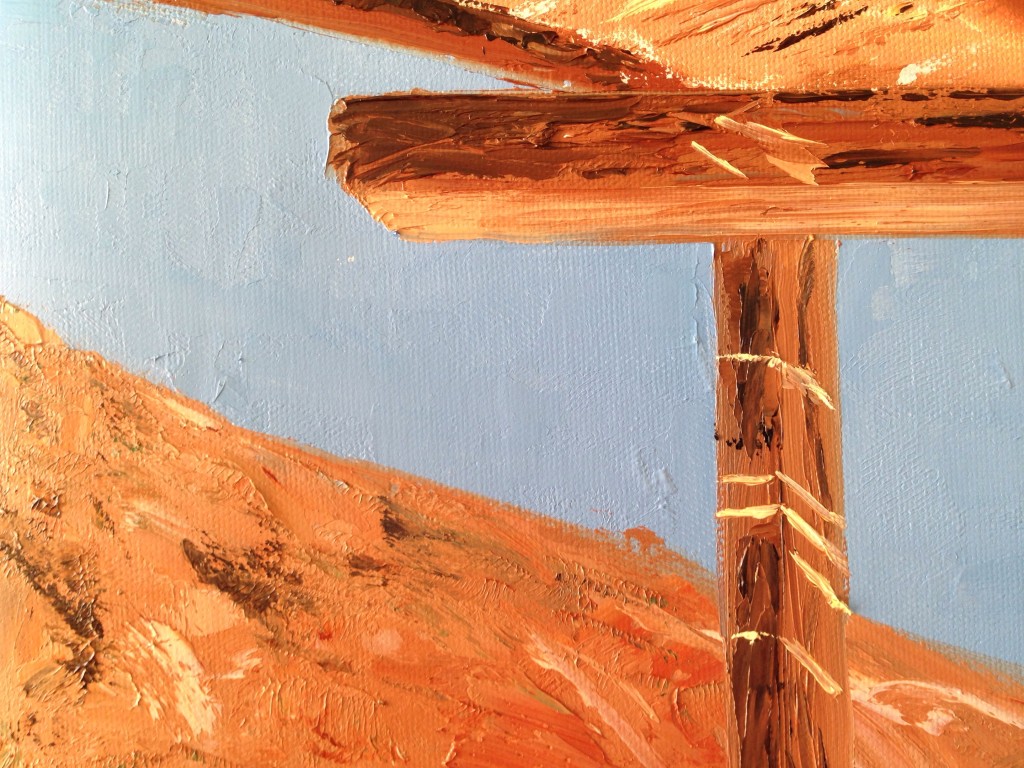 Here comes the fun part when side by side comparison makes me want to throw away the painting:)

I try to think this way:1) i did not strive to make an exact copy of the picture 2) i added a personal touch to the picture. A painting in the end is an artist reflection 😉

Overall, this was a good experiment! I realized that architectural nuances are not my thing. It took me around 7 hours total to finish the painting.

The painting is for sale here: