I haven’t painted for about a week and have been greatly missing this magic feeling of being a creator of something grand and complete!

I have also been meaning to paint a seascape theme again. This time i did not have a reference photograph other than the one of my previous work “The wave”. There is something about that painting, which makes me feel proud and sentimental. Maybe the reason is that it was one of the very first seascape paintings i created. Also, it was the  first painting that i sold

Anyhow, the new “Wave” was supposed to be very similar but different at the same time.

I worked much more with the sky this time and changed the wave position along with some other color schemes alterations, etc.

I used water mixable oils for the underpainting (White+ Blue+red and some  yellow). After that regular oils were used. 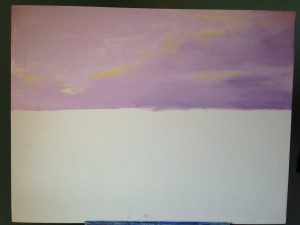 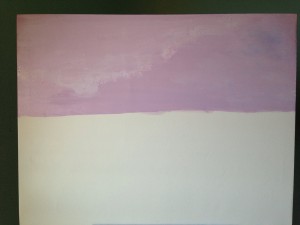 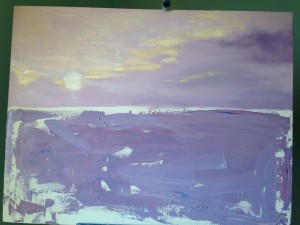 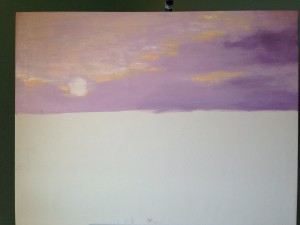 It was the water’s turn then. The idea was to create one front wave and couple background ones. 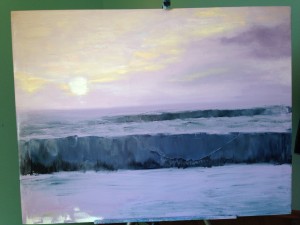 With the waves my main struggle was  creating the dark parts. It seemed like every time there was no enough shadow there and I had to constantly add darker values to the foundation of the waves. At some point i overworked it and had to make some parts lighter 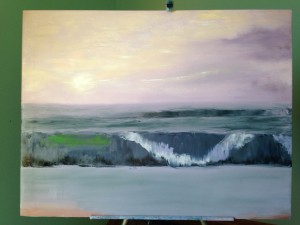 initially. This  allowed me to 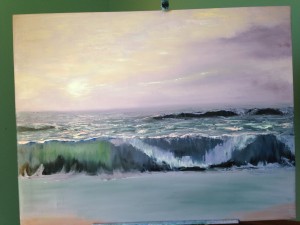 “work” it rather than smear the thick paint over the canvas. The first thin layer of the foam was of purple/blue values to create the idea of shadow. The thicker top layer was lighter but still not pure white. The only pure white thing in the painting is the sun – and that is the main rule I remember from Igor Sakharov’s tutorials : you have to strictly rule out the light/shadow

values in the painting. 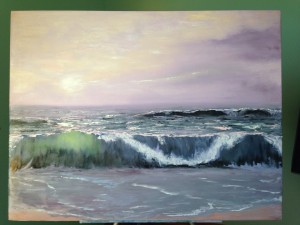 The front horizontal surface of the beach was a delight to work with. The basis is to play with palette knife and some  generous amount of purple/blue paints. The movements reminded me of spreading butter on a toast .

Here is the finished painting and some fine details for your judgement: 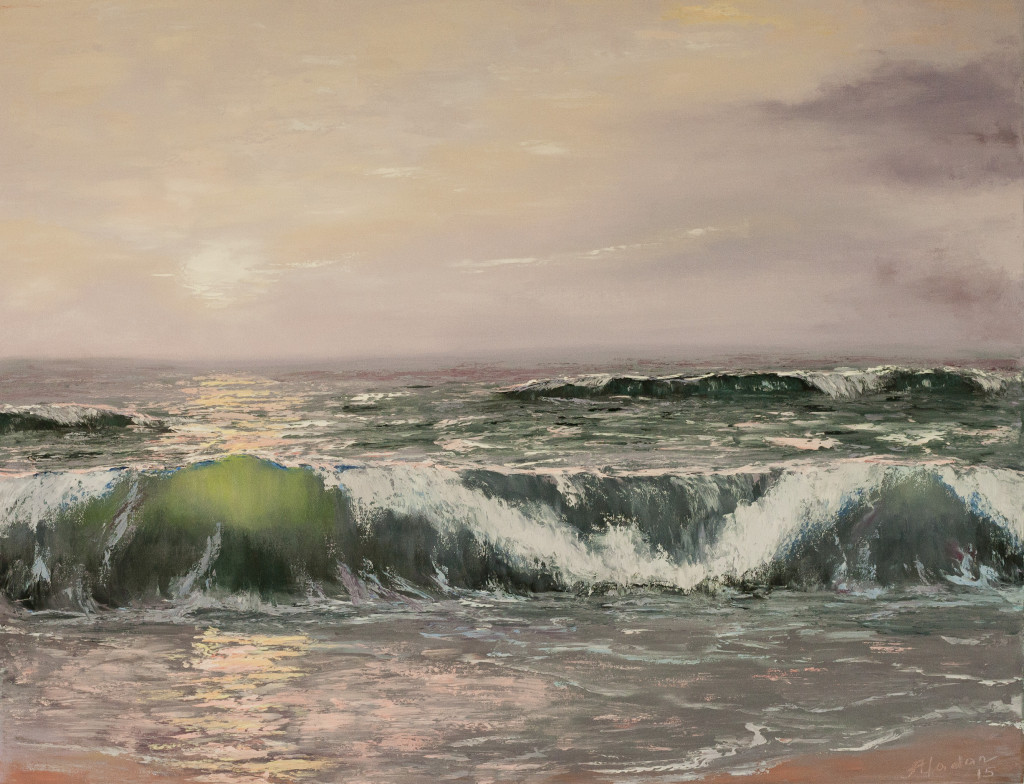 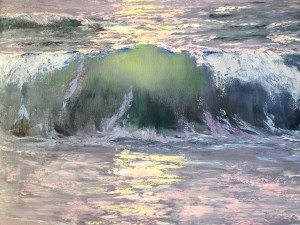 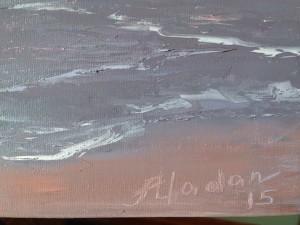 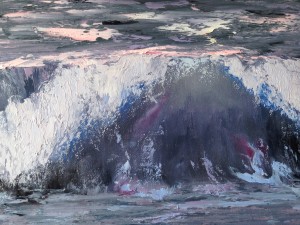 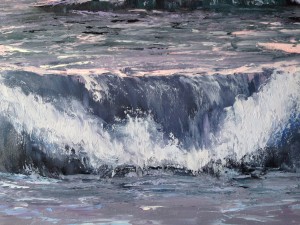 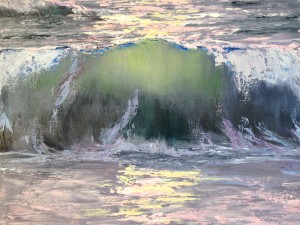 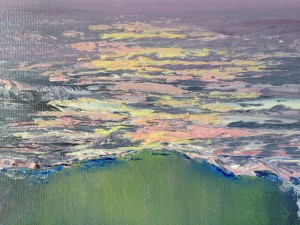 Thank you for being with me!

The painting is available here: